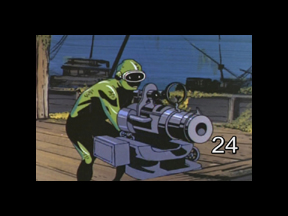 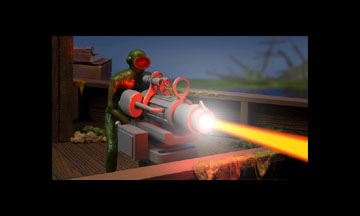 Click HERE to jump to the latest update on this page.

Started work on cut 24, in which a laser is swung around and fired at an off-screen target.

HOW TO BUILD A LASER IN 4 EASY STEPS! 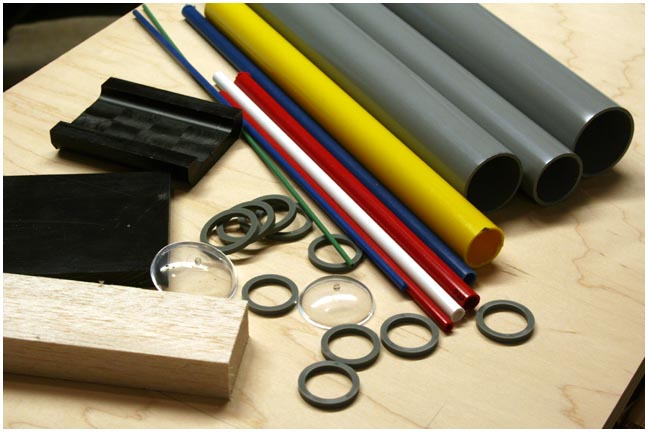 STEP 1:  First, gather a selection of tubes, caps and rings. 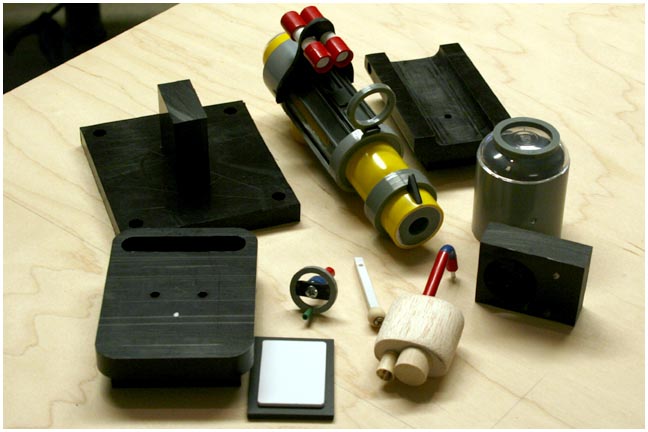 STEP 2:  Cut,  drill, sand and form them into the appropriate shapes. 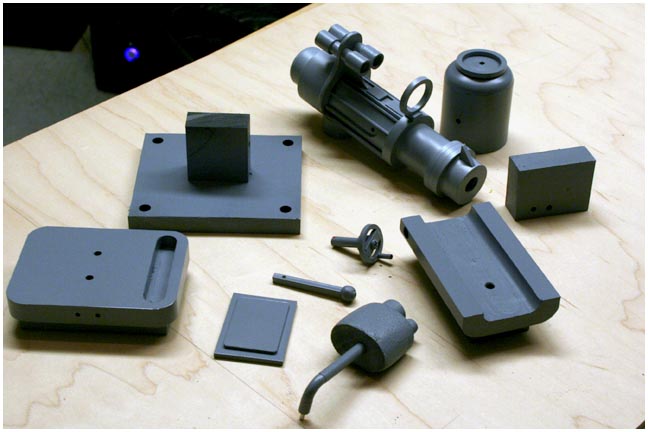 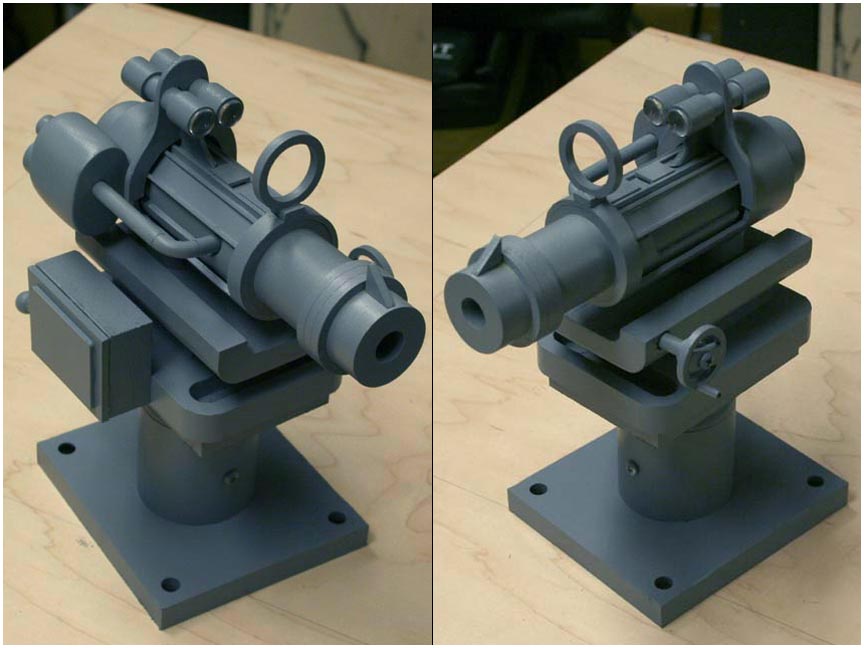 STEP 4:  Assemble into something that looks like a 60's laser, repleat with useless tubes, cranks, levers, vents, fins and viewing mechanisms. 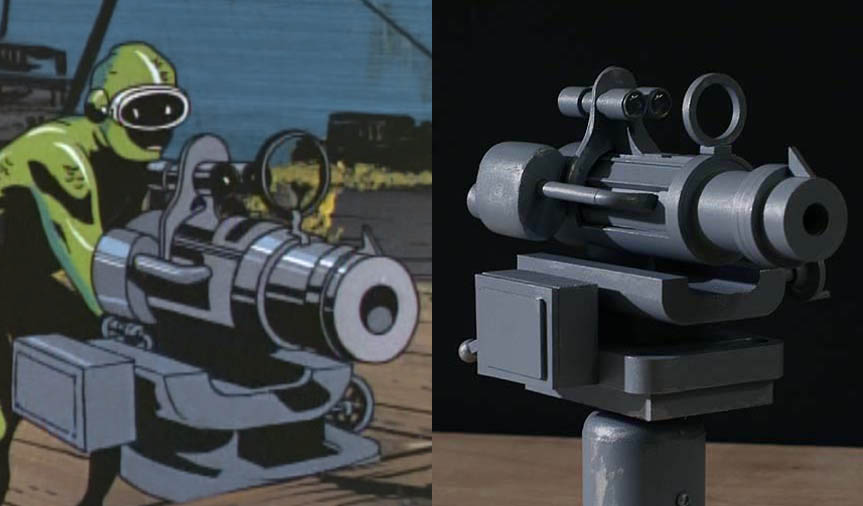 Here's a side by side. The original drawing had some very Escher-esque dimensions to it. Things that looked flat from one angle became curved from another angle. Certain details that were visible when the laser was pointed away from the camera suddenly evaporated into thin air as the laser was turned on its pedestal and then new details abruptly appeared from nowhere. 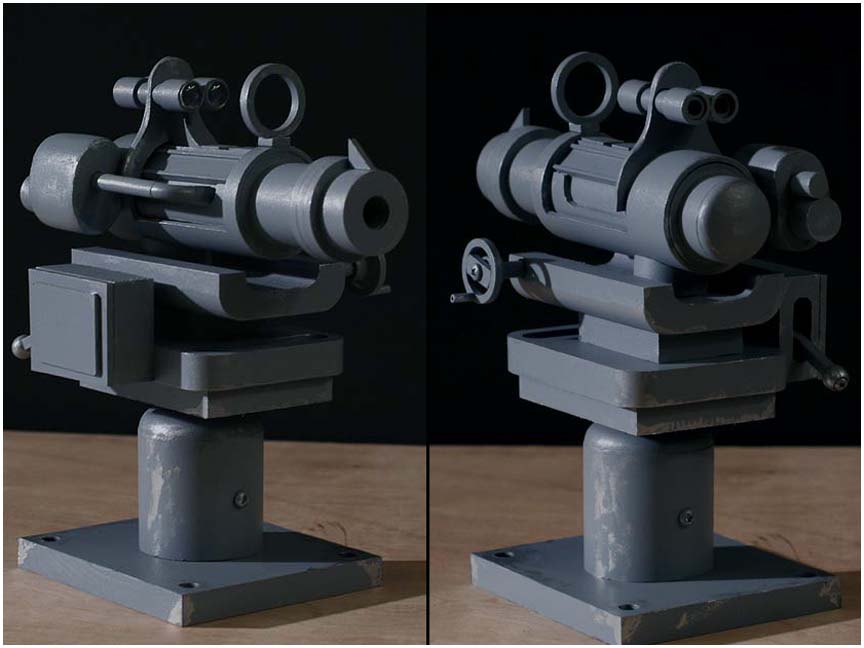 At any rate, I took the liberty to "dirty" it up a bit, using silver to highlight some of the edges and provide wear, as if the paint had rubbed off and the metal was showing through. While not an exact match, I think this is close enough to get the shot across. 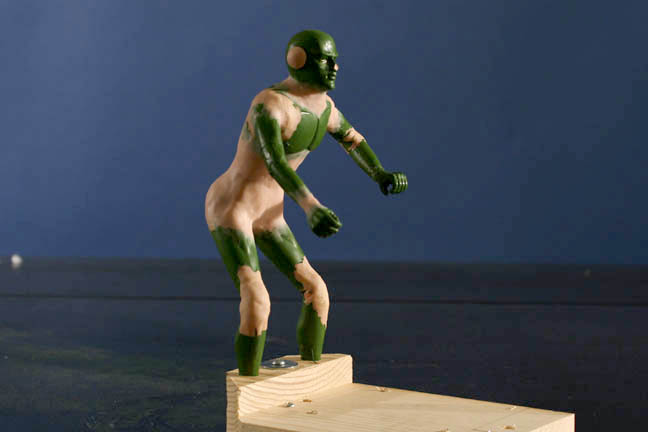 Reused the frogman from cut 23 but had to change body positions, which meant a new coat of clay and paint. 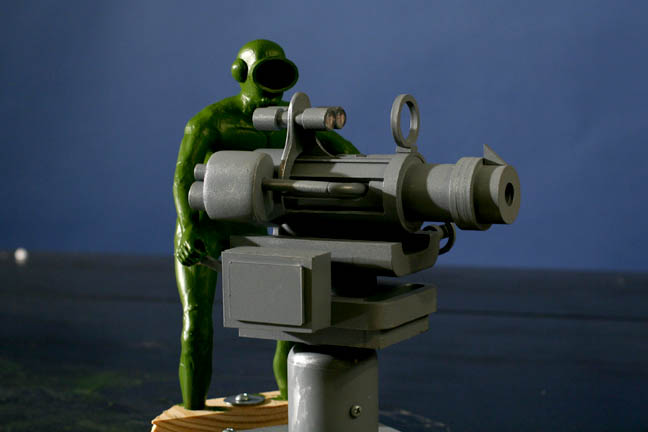 In the cartoon version, the mask is painted white. I dunno why since they are green everywhere else. So I decided to just leave the face mask green but did add the two odd "ear bumps" to each side of his head. 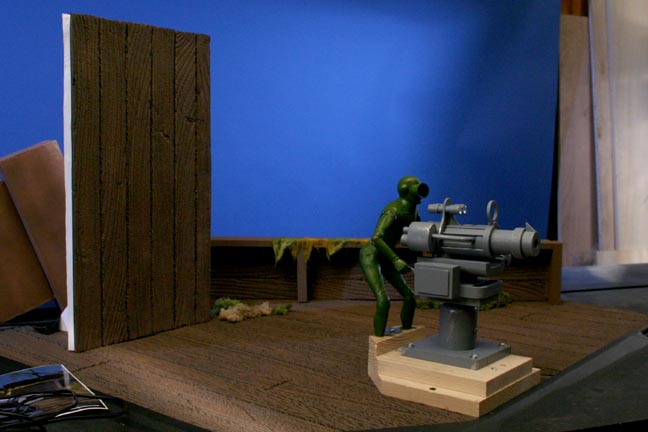 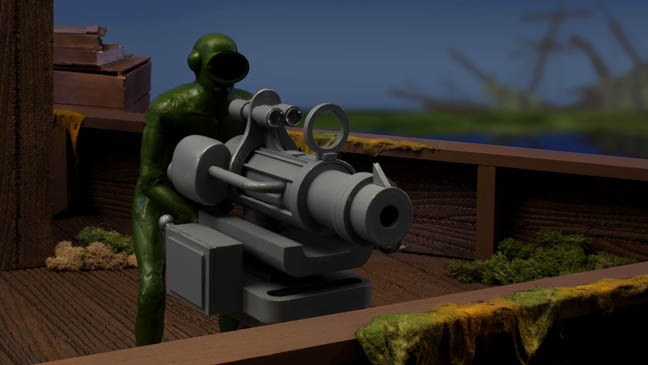 The railing at the back was repositioned and reused in front of the laser gun in the final shot. I knew I would be compositing so no need to build two railings. I also reused the abandoned cargo ship background art from the cut 25 to maintain continuity between the shots when they're cut together. 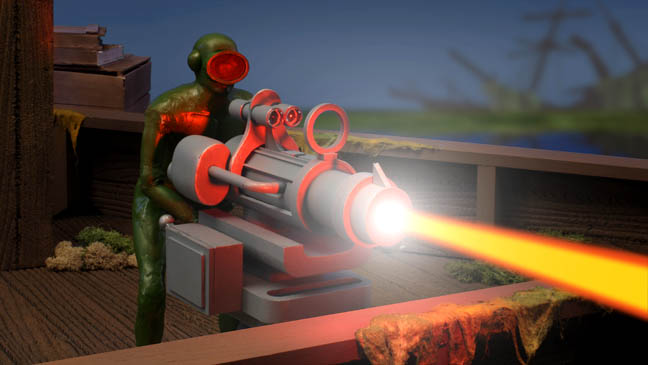 The beam added ala Photoshop. I actually created two different intensity of beams and alternated between them at 2 frame intervals to create a nice pulsing effect. Interactive lighting effects were achieved during the model animation by using a flashlight with orange gel.
Click on the picture for a larger view.