Brandi started working on the Vulture (or is it a Condor?) from shot 18. 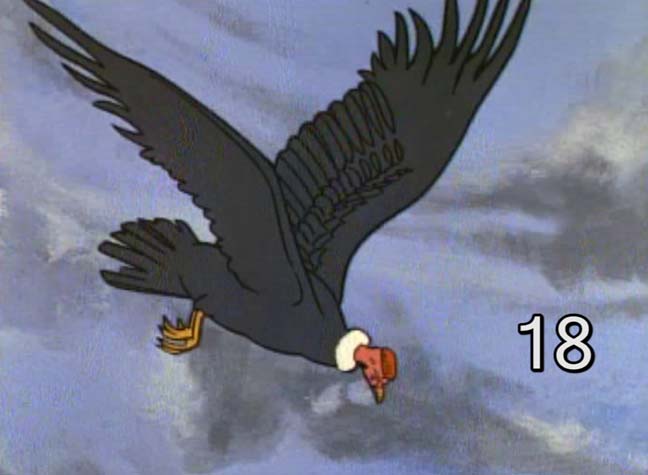 In the cartoon opening, the bird never flapped its wings. But I decided that it really needed some movement. 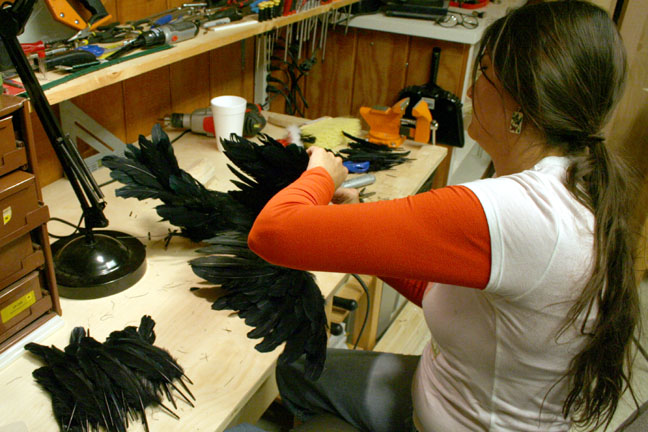 Here Brandi is building the bird using feathers bought over the internet. Whether they are Vulture feathers or not, I dunno. But the seemed about right for our needs. I told Brandi I wanted it to appear a bit ragged, like it was having a bad feather day. 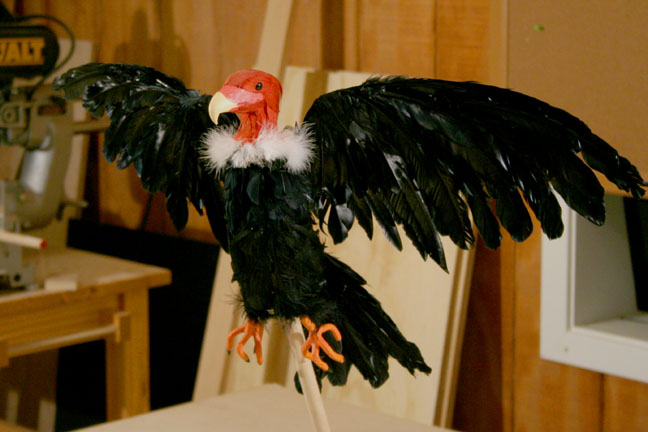 The bird so far. Way too cartoony at this stage. Still needs a bit of trimming around the collar, a lot of painting and some work on the eyes to "mean" them up a bit but the wings are positionable, as are the feet. It will be supported by a pole up the wa-zoo during animation.
Should be fun to animate.


We've still got a ways to go on this shot. Check back again later!

Okay, so the toy bird just wasn't cutting it, which isn't Brandi's fault. This was a pretty silly looking toy bird to start with and there wasn't a whole lot for her to work with.  Also, after doing a bit of research, I think that the original JQ artists were very confused when they did the cartoon drawing. In the script, this is supposed to be an Andean Condor. But the drawing is clearly influenced by the look of a Turkey Vulture.

Now, to be fair to the original artists of the show, if you look at a photo of a Turkey Vulture in flight, it's big and ugly and has gigantic wings and, if you weren't a bird expert, one might surely say that it was a Condor......especially if you were an animator on a deadline for a popular 60's prime time show that was over budget, the inventor of Google hadn't been born yet, and the only reference you had at hand was an unlabeled picture of a Turkey Vulture.

I decided to start all over. Now, as it stands, stuffed Andean Condors are a bit of a rarity and the shot is only 22 frames long thus making fabrication of an Andean Condor kinda overkill, in retrospect. So I went through my various reference photos and came up with this picture, which I believe is actually a California Condor. Okay, not Andean but a helluva lot closer than a Turkey Vulture. 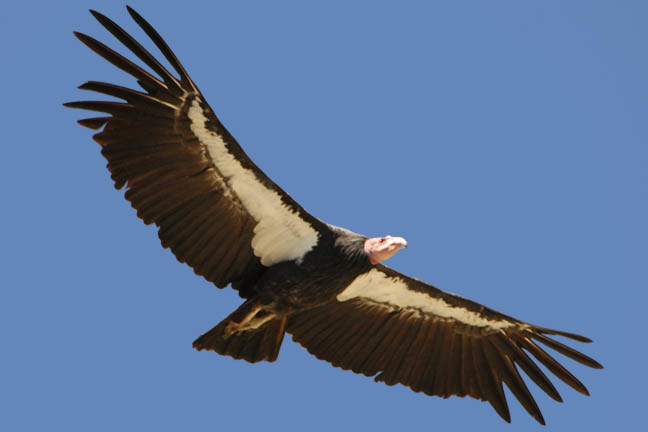 I scrounged around a bit and also came up with the following Eagle talons: 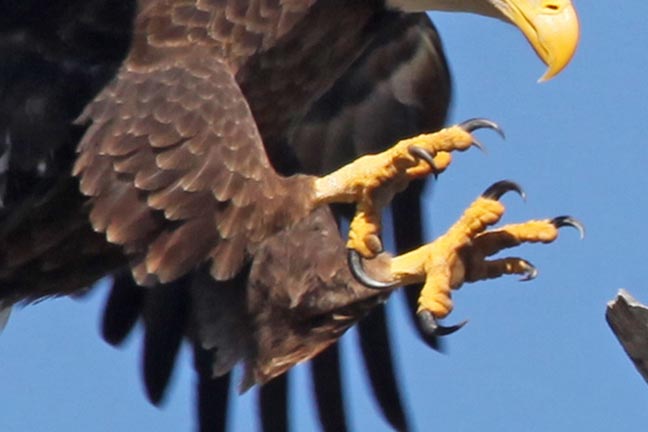 But they're both endangered so I figured, what the hell.
I really wanted the talons in the "attack" mode so you work with what ya got.... 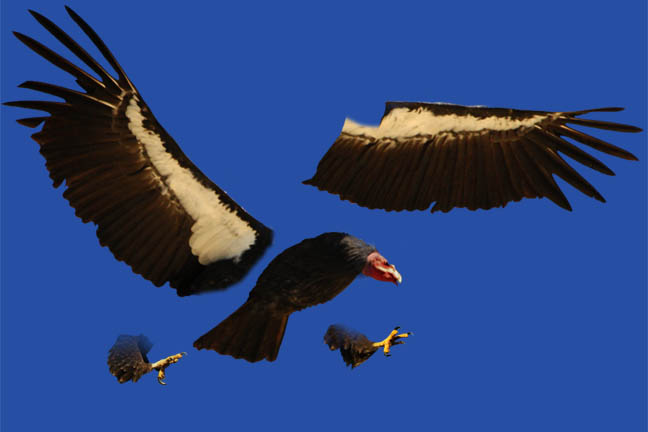 I separated the birds into parts and Frankenstein'd together a new bird, specifically segmented for the purpose of animation. I bent the neck and head down and divided the left and right legs and wings into to different layers. This was important because, being a flat art image that I was going to animate moving across the screen, I needed to impart a sense of depth. So by moving the left leg and wing across the screen at a slightly different rate than the right leg and wing, I created a fake paralax shift with the body in the middle. It is very subtle but, if you scroll through the final clip slowly, you can see the perspective shift. I also did a zoom and pan on the Condor to impart a sense of movement.

Not as exciting as watching us build models (damned CGI, anyway) but for a behind the scene clip of me working on this shot, click HERE! 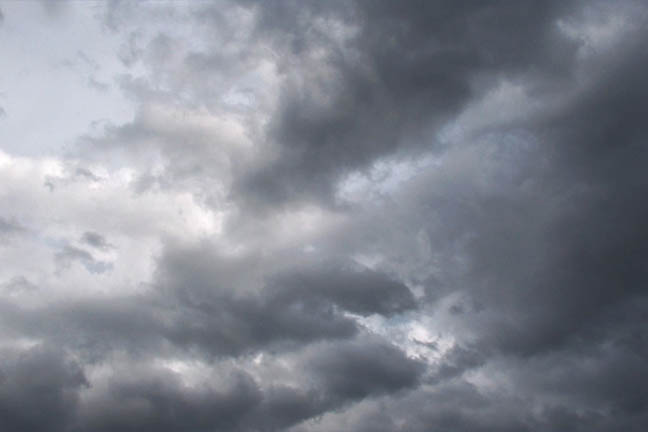 And, finally, I gave it a cloudy, stormy background that I did a diagonal downward pan on. 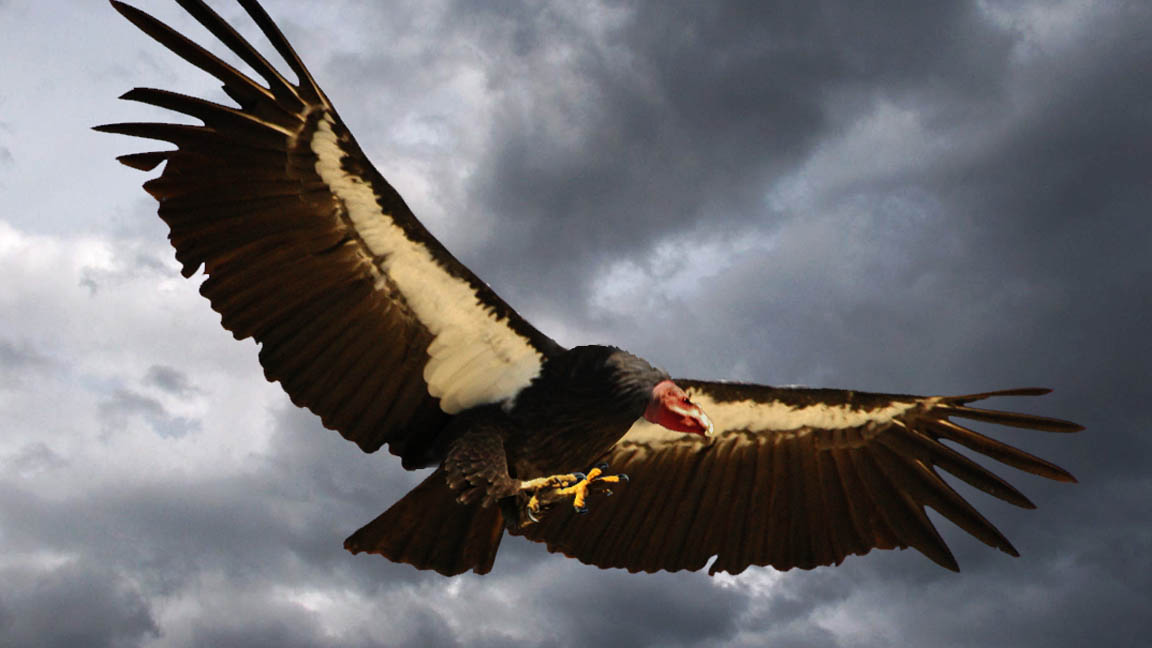 And here's the final composite!


The final clip is at the top of the page.