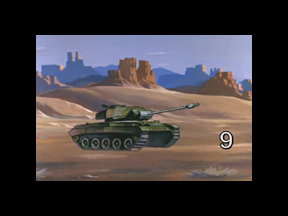 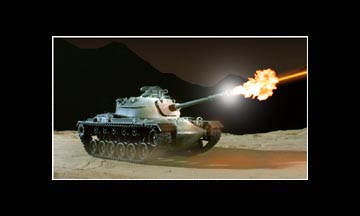 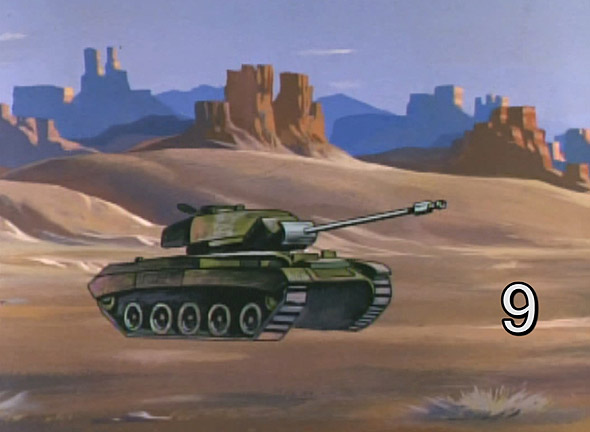 In between other duties, Brandi started working on the tank for this shot, which is number 9 in the title sequence. 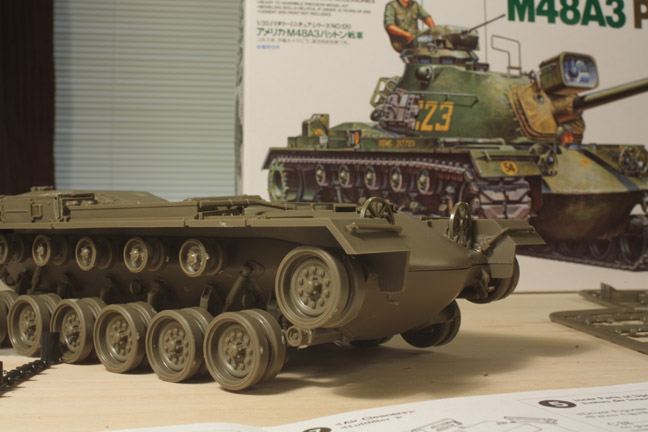 Unfortunately, we could not find an exact match for this tank as it appears to be something made up out of the artist's head, I guess. But the Patton Tank seems to come pretty close to the "feel" of the drawing. I considered adding the metal skirt along the top of the tank treads like the drawing but decided to just use the tank as is. 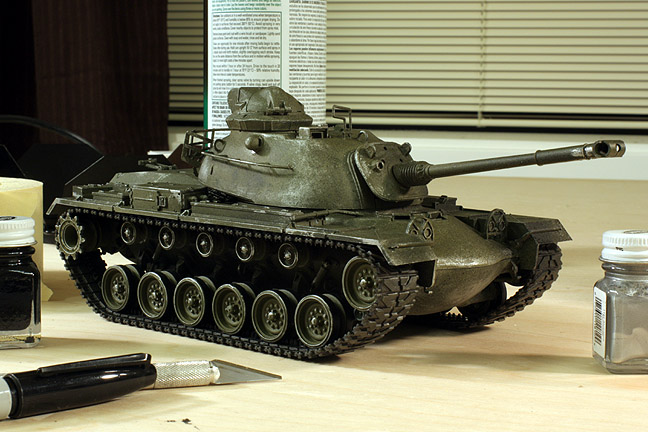 The model is only 1/35 th scale, which is a bit small. As it turned out, the detailing on the model was excellent and seems to hold up well, even in relative close up.  Like the machine gun, Brandi finished building the model and then I painted it, adding some weathering, oil, dirt, etc to take the "newness" off of the edges and platework.

After completing the model, it was time to create the appropriate background. 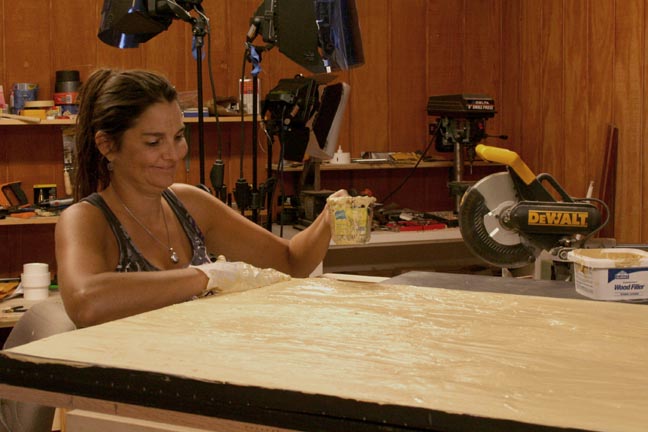 Brandi used wood filler to create the desert floor and then gave it a coat of paint using a sponge.
We used the same background created for cut number 8 but simply shot it from a different angle.

The shot required that the tank fire and also recoil from the shot. So I animated the tank lurching back on its tracks. That was simple enough.
The fire coming from the muzzle was a bit more complicated and was shot using the same cloud tank we used for 28. 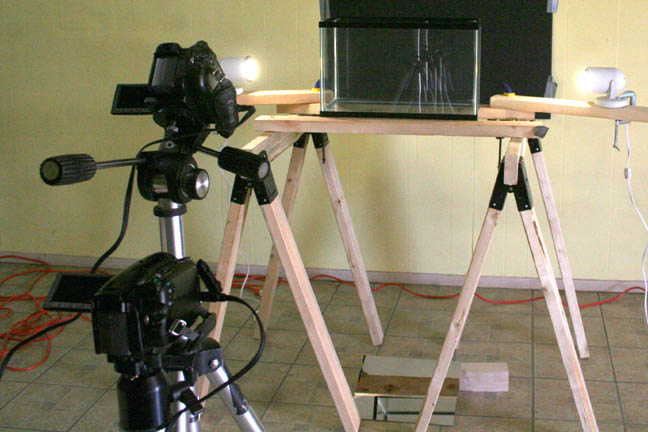 In this set up, you can see two HD cameras in the foreground. One points directly at the tank and the other points down at a first surface mirror, which allows a view pointed directly up through the bottom of the tank. The side view is really all that we want but I set up the second camera to record the bottom view just for future use cut 28.  Note the side lighting and the black background. Also note the reflections of the tripods in the glass, which required that we cover them in black tape! 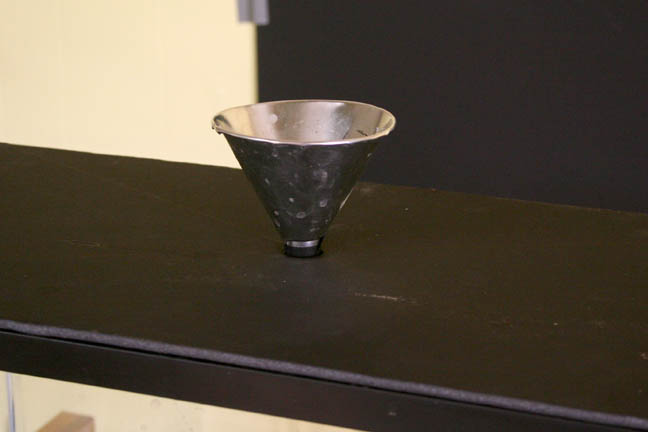 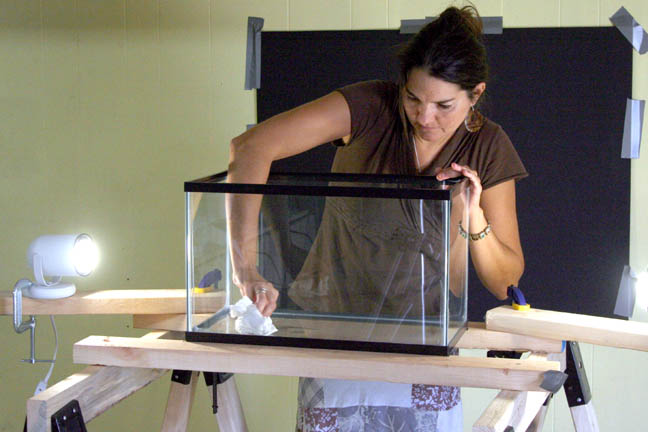 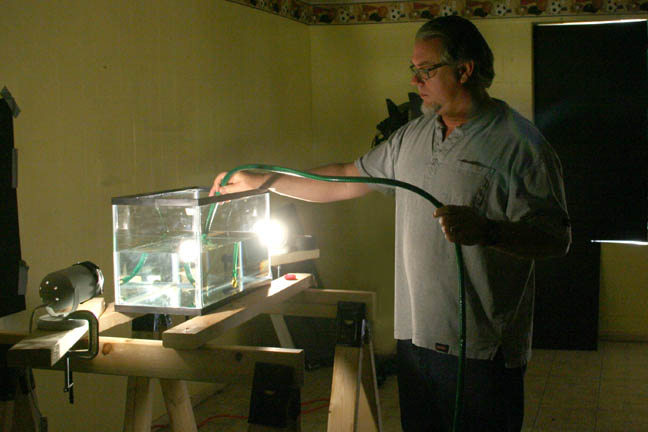 Once we had all the elements, I combined them in Photoshop for each frame! 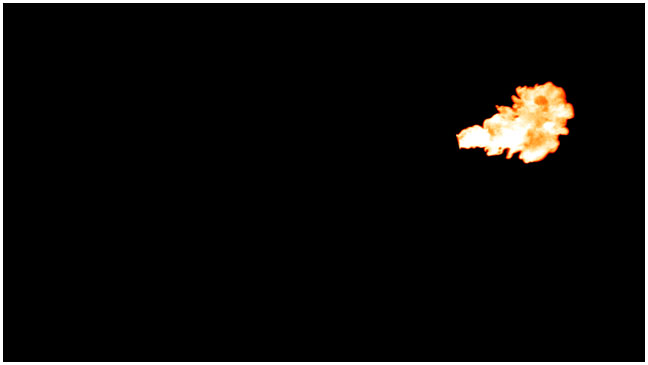 This is the flame layer. A reddish tint was added using Photoshop filters. 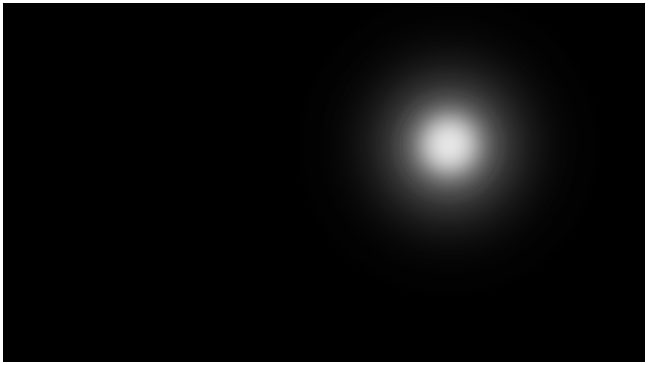 This is the muzzle flash at the end of the barrel. 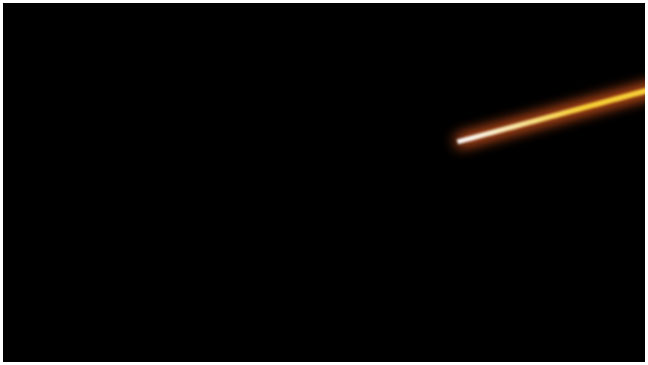 A projectile streak was animated coming out of the barrel.
This was used for only a couple of frames to prevent it looking like a laser beam. 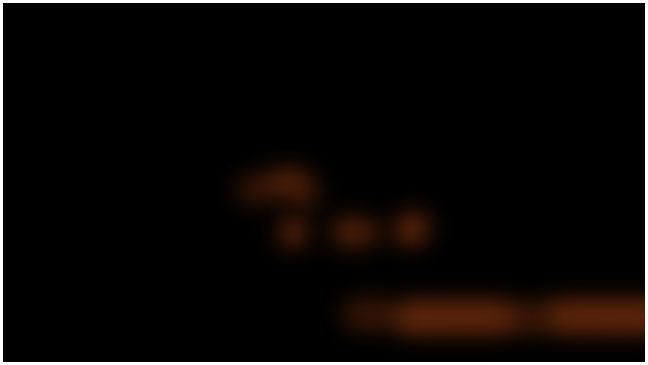 A reddish glow was added to the front of the tank as well as the ground. 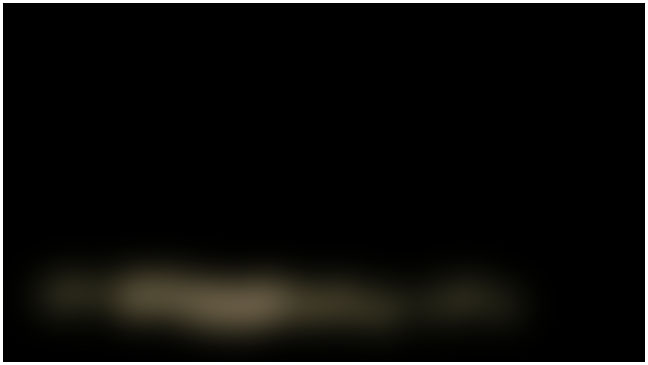 Dust was animated drifting across the bottom of the tank, as if the tank had just pulled up and stopped. 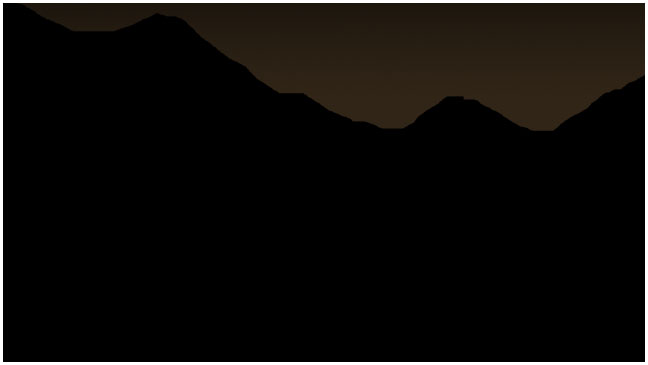 Distant mountains were added via a simple skyline with a graduated sky. 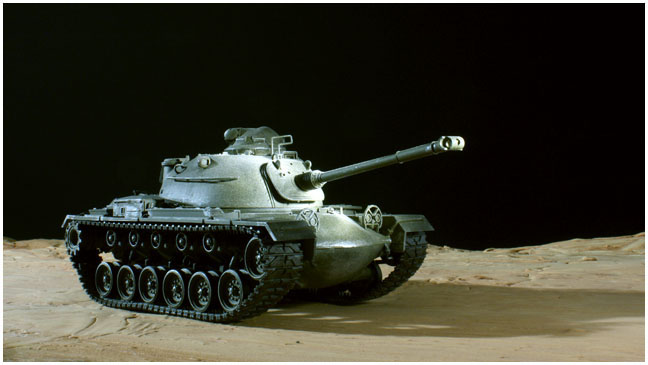 Interactive lighting was used during animation of the tank in anticipation of the muzzle flash. 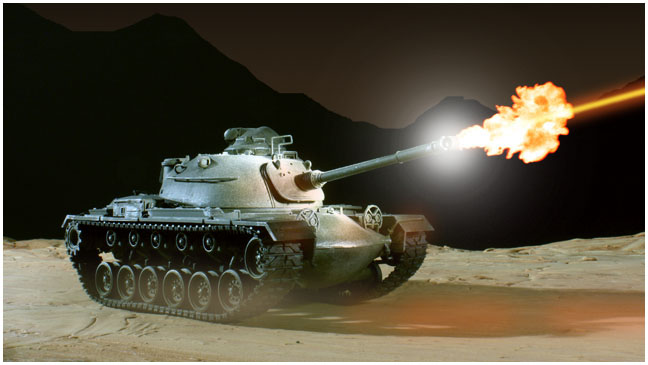 And this is what it looks like all put together. Click on the picture for a larger view.